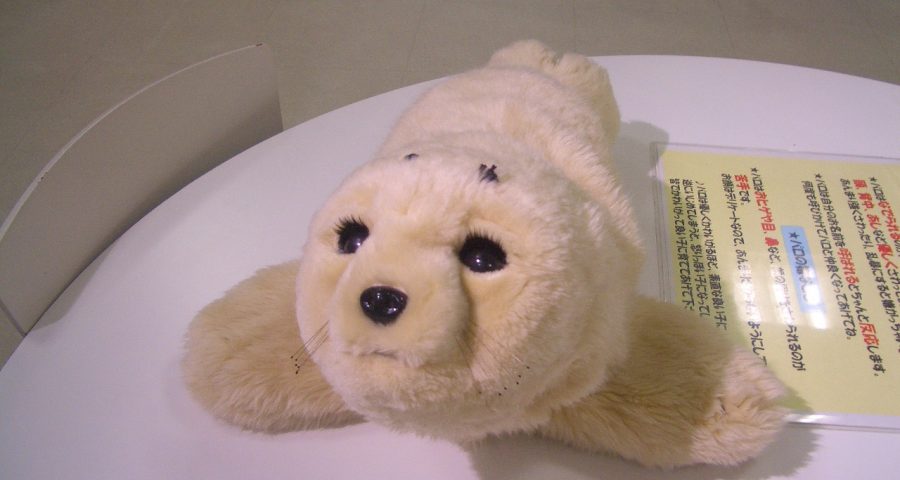 When you got your first shot, did you squeeze Mom’s hand? Studies have shown that EMOTIONAL TOUCH, like hugging or holding hands, reduces pain. But if you find yourself ALONE at the doctor’s – who you gonna call?

How about Paro, the fuzzy robot seal! Paro looks like a stuffed animal but acts like a pet, wagging its little flippers. Doctors use Paro to relieve STRESS in patients. But can Paro’s touch relieve PAIN?

Shelly Levy-Tzedek and collaborators at Ben-Gurion University think so. The researchers had willing volunteers press their arm to a hot plate. For one minute, it gave off a PAINFUL — but harmless — heat. During that minute, some volunteers got to TOUCH or SEE Paro. The others? They were on their own.

Who felt the least pain? Paro petters! They reported forty percent LESS pain than the loners. Even those who only SAW Paro felt better. Paro and other pet robots could reshape how doctors manage pain.

So, pained patients? Give this pet a pat! Perhaps.