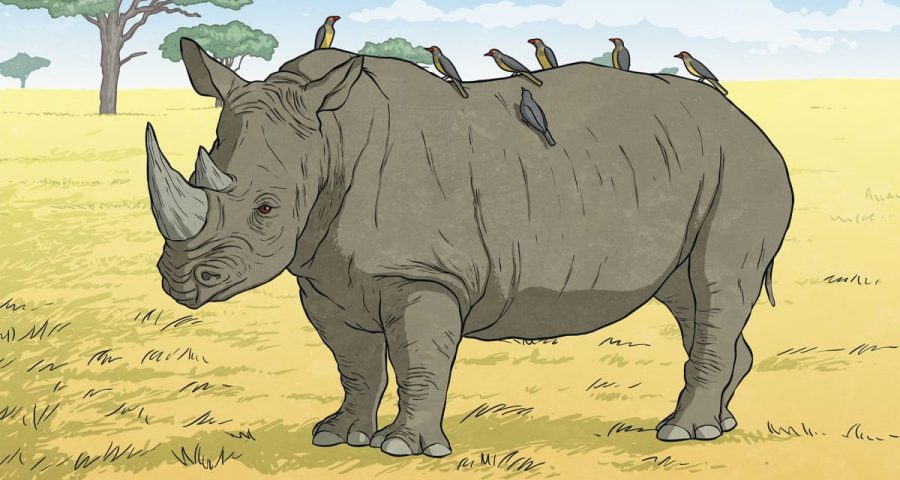 A good BFF knows when to LISTEN!

When it comes to avoiding poachers and predators, animals have different methods. Antelopes run crazy fast! But what about the chubby endangered black rhinoceros?

Roan Plotz from Victoria University of Melbourne wondered. Plotz radio-tagged fourteen black rhinos with their bird buddies, the red-billed oxpeckers. Oxpeckers like to hang out with rhinos and munch on their skin parasites.

Another hundred rhinos were left untagged. Then, Plotz and his team set out to find the rhinos.

Results? Plotz could only find a FEW untagged rhinos that were hanging out with oxpeckers. Turns out black rhinos EAVESDROP on the birds’ warning calls to avoid humans. The rhinos with oxpeckers won in hide-n-seek more than FIFTY percent of the time! The loners? MUCH easier to spot.

The researchers think that introducing more oxpeckers to rhino habitats could help prevent their extinction.

It’s not only Timon and Pumbaa who are BFFs. Black rhinos and oxpeckers are a dynamic duo with no worries!  Hakuna Matata!