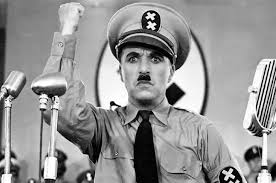 Democracy is all about civility… right?

Meet political scientists Michael Gilbilisco, from Caltech, and Casey Crisman-Cox from Texas A and M. They looked at international and domestic conflicts between the years nineteen ninety nine and two thousand seven. Then, they developed a mathematical model to try to explain why these fights went down.

Turns out, democracies are statistically more likely to start AND escalate conflicts!

Why? A free press can scrutinize its leaders. Voter pressure makes politicians sweat. Backing down looks weak, so leaders must act tough or pay at the polls.

But you don’t get to vote for dictators! No polls, or press push-back, means dictators can back down if conflict isn’t worth it.

The mathematical model changes when the stakes are very high. For example, South Korea generally avoids conflict with North Korea. That’s because there’s no turning back from all out war!

When I rule the world, YOU BETTER BE PEACEFUL! Or else!!