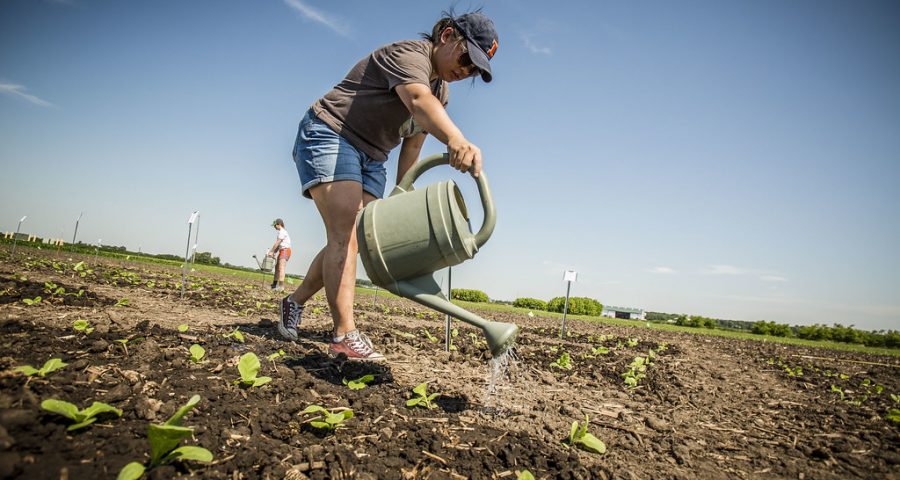 Plants with bugs? And not the creepy crawly kind!

Plants use sunlight and carbon dioxide to make their food through a process called photosynthesis. But the process is buggy!

Plants can accidentally grab oxygen INSTEAD of carbon dioxide. And the end result can be toxic – like accidentally eating moldy bread! Then plants have to SPEND energy to barf it out! That means less energy for growth!

Donald Ort and his team from the Ripe Project gave photosynthesis an update. They tinkered with the genetic software of tobacco plants – the lab rats of agriculture. Specifically, they modified the cleanup process to cut out a few unnecessary steps.

The re-engineered plant cleans toxins out of its system more efficiently. How much more? Modified plants grew FORTY PERCENT larger!

This is good news for us! Crops like rice, wheat, and soybeans could grow larger without changing anything else about the farm.

The researchers think that this update could feed two hundred million more people each year!