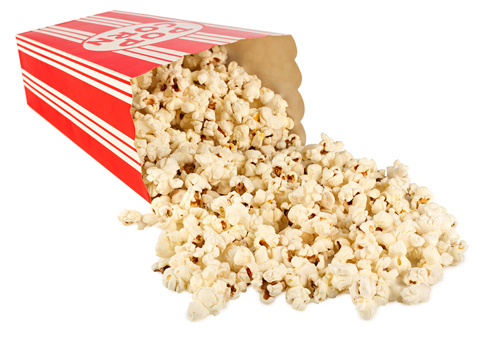 Have you ever wondered why popcorn pops? French scientists have.

Meet Emmanuel Virot and Alexandre Ponomarenko. They study extreme forces. Things like: how wind breaks trees. Their experiments require special equipment, including cameras that record thousands of images per second.

What could be better for understanding the extreme forces involved in popping corn?

So the duo heated popcorn kernels, turned on a camera and microphone, and watched.

Next, when kernels explode, a tiny leg kicks out, like a French Can-Can dancer. That “kick” catapults the kernel into the air.

Finally, the sound of the pop? It’s not from the hull cracking. Instead it’s an instant later, when water vapor escapes due to the pressure drop. Think of a champagne bottle’s pop when opened.

The findings could help classroom teachers explain the laws of physics.

As to why buckets of movie popcorn always tip over? That law might be closer to Murphy’s.