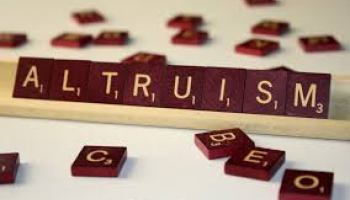 Are you willing to lend a hand—or a fiver?

A friend in need? We’re on it! But what about needy strangers?

René Hurlemann at the University of Bonn Medical Center and his colleagues had an idea. Their possible remedy for selfishness? Oxytocin, also known as the “love hormone.”

They tested their theory on over one-hundred white male volunteers. The men gave themselves a dose of oxytocin or a placebo with nasal spray. Then, each was given a fifty for their wallets. They were asked if they would donate some scratch to fellow citizens or to foreigners in need. So, did oxytocin make people more generous?

Yes–but only when combined with charitable peer pressure! When they were told how much their buddies donated, the men donated MORE! To both countrymen AND foreigners.

But you don’t need nose spray to raise your oxytocin levels! Our bodies naturally produce the chemical. For example, singing in a church choir can lead to raised levels!

Follow with wine, pass the offering plate, save the world. Hallelujiah!