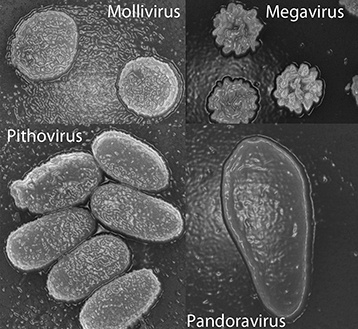 Scientists are bringing back a 30,000-year-old virus. What could possibly go wrong?

This is Sandra Tsing Loh with the Loh Down on Science, saying: Sure, call it a comeback!

French researchers call it Mollivirus sibericum, and it’s long been frozen in Siberian soil. Thanks to climate change, that once chilly neighborhood is warming fast. As the permafrost thaws, scientists are searching the ancient ground for long-lost germs.

Including this one, four giant viruses have been found there since 2003. Scientists don’t know where they came from or how they evolved. They’re giant because they measure about five times larger than your average flu virus. These ancient viruses also have hundreds or thousands of genes, compared to only eight in Influenza A.

The French team say they’re preparing to wake the virus up and use it to infect a single-celled amoeba. It shouldn’t pose any risk for people. But the team advises always proceeding with caution. That’s because we can expect to see even more Frankenviruses as the great thaw continues.

And if a virus like this gave a mammoth a cold? We’re going to need bigger Kleenex.