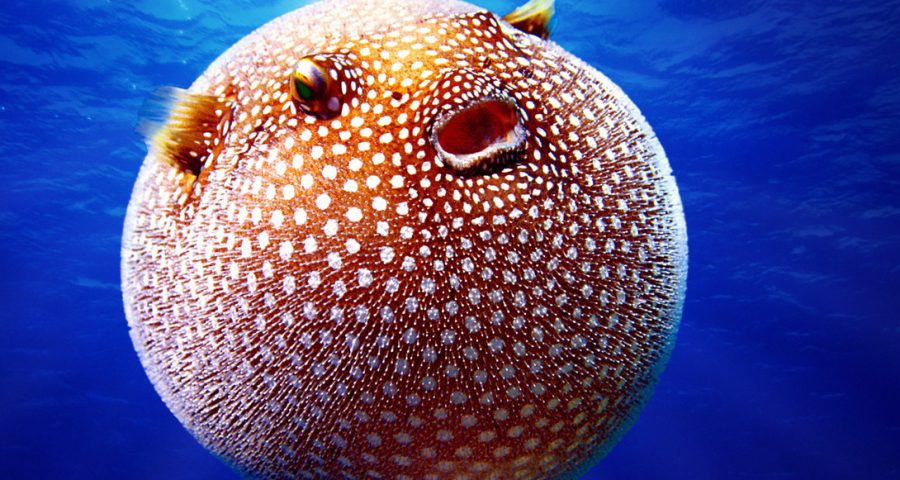 I huff, and puff, and say…grow a spine!

Most fish have scales – but not pufferfish! They traded theirs for spines! And for a good reason. When threatened, the pufferfish will PUFF out their spines to twice their normal size! A weird – and unusual – defense mechanism. So, how did the pufferfish get its prickles?

Takanori Shono from the University of Sheffield looked to young pufferfish to solve the mystery. He and colleagues tracked spine development from embryo to baby.

The team suspected that certain genes control how the spines form. So they tagged those genes with colored dye to track where they were used. If the spines lit up, they knew THAT was the gene that controlled spine development.

And – guess what? Pufferfish are resourceful! They didn’t evolve NEW genes to create spines. Instead, these crafty swimmers repurposed the SAME genes that make feathers on birds or hair on mammals. But they evolved to use those genes differently — growing spines, not feathers.