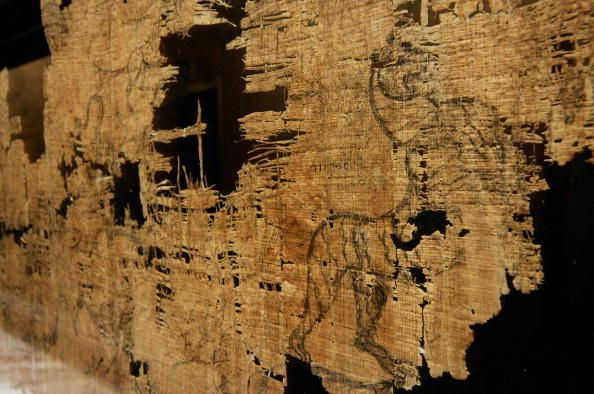 Write like an Egyptian… This is Sandra Tsing Loh with the Loh Down on Science.

How did ancient Egyptians write their grocery lists? On papyrus! Unfortunately, these valuable texts are often discovered folded up. How can archaeologists unwrap their secrets without completely destroying the fragile scroll?

Ask Egyptologist Verena Lepper of Humboldt University in Berlin. Her team used high powered X-ray beams to take detailed images of folded papyrus. How detailed? Imagine getting an X-ray of not just your bones, but their CELLS!

The team reconstructed these images into a 3D simulation. The model was then unfolded by a complex computer algorithm. The ancient scroll goes from folded to flat — no touching at all!

Even better? The X-rays revealed faint traces of colored ink on the unfolded papyrus. To the naked eye, they would be too faded to see. These colored inks used metals, like copper, which react differently to X-rays than the carbon-based papyrus. By using additional X-ray techniques, the researchers could actually reconstruct the written characters!

With X-ray imaging, you can unfold your papyrus and read it too!