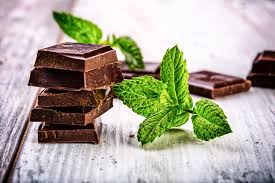 Can being less of a “free radical” keep us young at heart?

This is Sandra Tsing Loh with the Loh Down on Science, reminding us all that age is just a number!

Arteries tend to shrink and harden with age, leading to heart disease. This is partly due to mitochondria, the powerplant of the cell. They produce chemicals called free-radical oxidants that bang into our arteries, causing damage.

Matthew Rossman and researchers at University of Colorado, Boulder investigated what role ANTI-oxidants can play in heart health.

Antioxidants react with free radicals, neutralizing them before they can do our bodies harm.

The researchers studied men and women aged between sixty and eighty. Some were given a special antioxidant called MitoQ, and others a placebo.

MitoQ sticks directly to the mitochondria – fighting the free-radicals at the source! After six weeks of supplements, the researchers compared artery sizes.

The results were surprising! While taking MitoQ, older arteries had widened by over 40 percent! It’s like they had gotten almost TWENTY years younger.