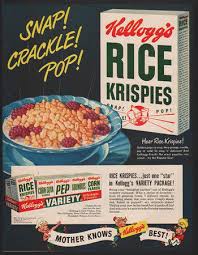 Ice shelves in Antarctica are always on the move-forming sinkholes, collapsing, sliding into the sea. But it’s hard to study them in nature — these changes happen so slowly! To learn more about these impactful events in the lab, scientists need a smaller, faster model.

At the University of Sydney, Itai Einav and Francois Guillard have found just the thing… in your breakfast!

Snow, rock, and yes… Rice Krispies! are all classified as brittle, porous material. All three will break under pressure and fall apart in water!

The researchers took a vertical tube and filled it with cereal. They then applied pressure at the top, while adding milk to the bottom.

Snap, crackle, pop! The cereal would tremble, break and collapse periodically, in a distinct pattern. These events were dubbed RICEQUAKES.

Einav and Guillard have created a mathematical model of the ricequakes. This model can shed light on real-world collapses, like ICE-quakes in Antarctica!

And may give rise to a yummy new summertime breakfast treat – ICE Krispies!