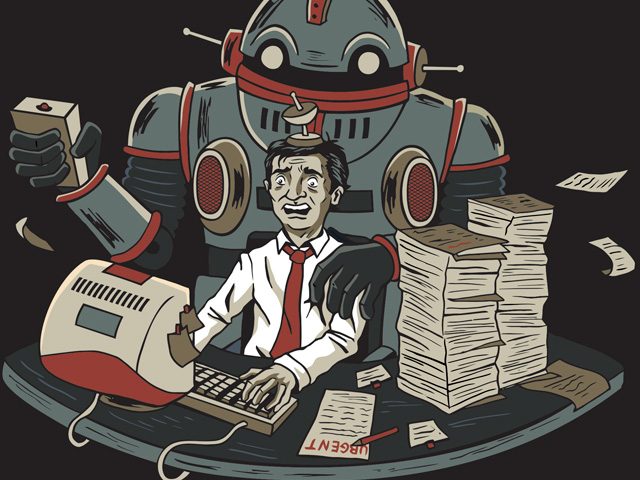 What does a robot and your boss have in common?

With humanoid robots becoming more and more realistic, scientists are investigating them as social tools.

Now researchers at University of Clermont Auvergne are using social robots for more… sinister applications. They wanted to see if a social robot could make people work harder.

To test this, they used the Stroop Task. It’s where subjects have to name the color of written words. This isn’t hard with words like desk. But if we see the word GREEN written in BLUE ink, we need to pay extra attention! Scientists have known Stroop Tasks are sped up if your mean boss is looking over your shoulder. But would you work faster with a mean ROBOT watching you?

Ludovic Ferrand’s team tested this with a friendly and an angry robot. Participants would start by asking the robot a question. The friendly robot would reply with a compliment. The meanie? With an insult!

And which robot made people work faster? The EVIL robot!

This research shows just how much we treat robots like real people.
Especially you, Hal 2000. Please don’t fire me!