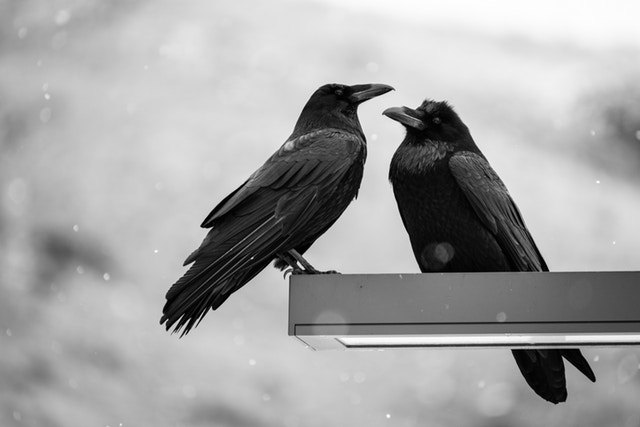 Does a sad emoji make you feel sad too?

Good times, bad times – friends share it all! And sometimes, we unconsciously match the mood of those around us. This effect is called EMOTIONAL CONTAGION. Even our dogs seem to empathize when we’re down! But what about our non-furry friends?

Meet Jessie Adriaense her team from the University of Vienna. They wondered if RAVENS can experience emotional contagion. So they put ravens in pairs, then offered one of the birds two treats. One was tasty, the other one… “meh”.

Then they took the tasty snack away, leaving the bird in a “fowl” mood! And how did the other bird feel?

The researchers noticed that the raven who saw his friend get disappointed became more pessimistic! When given a box containing a mystery treat, he expected the worst. He took longer to peck on the box to find out what was inside. As in: “What’s the use?”

Researchers believe negative emotions can spread between ravens — just like with humans! Adriaense and her team think this discovery might help unearth the roots of empathy.

As for me, good vibes only, please! And clapping emojis!