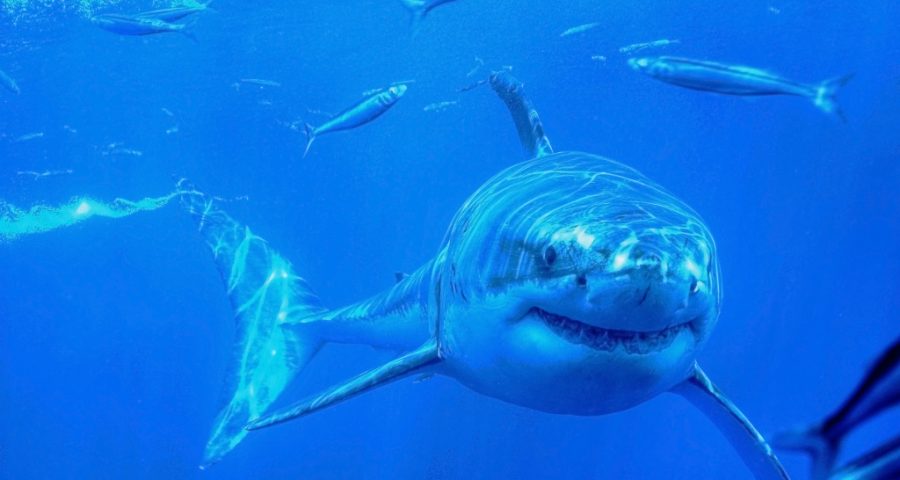 When it comes to hunting prey, what’s a shark’s secret?

This is Sandra Tsing Loh with the Loh Down on Science, saying: They’ve got it under their skin.

Sharks can detect electrical fields of moving prey. How? They have a network of pores around their snout called ampullae of Lorenzini.
The pores do more than give sharks an excellent complexion. They are connected to electricity-sensitive cells by a canal filled with jelly. Why is this jelly important?

Enter researchers, led by Marco Rolandi of the University of California, Santa Cruz, and colleague Erik Josberger. They found that this jelly is the best in nature at conducting protons—positively charged ions. The team suspects that the jelly’s power likely comes from a molecule called keratan sulfate.

It turns a disorganized barrel of water molecule monkeys into a hand-holding water chain! This way, protons are efficiently transported in the jelly.
The researchers hope to use the jelly to create new materials that can sense electric signals. Just like sharks!

So, how about a nice P-B and shark-jelly sandwich? That would be a shocking treat!