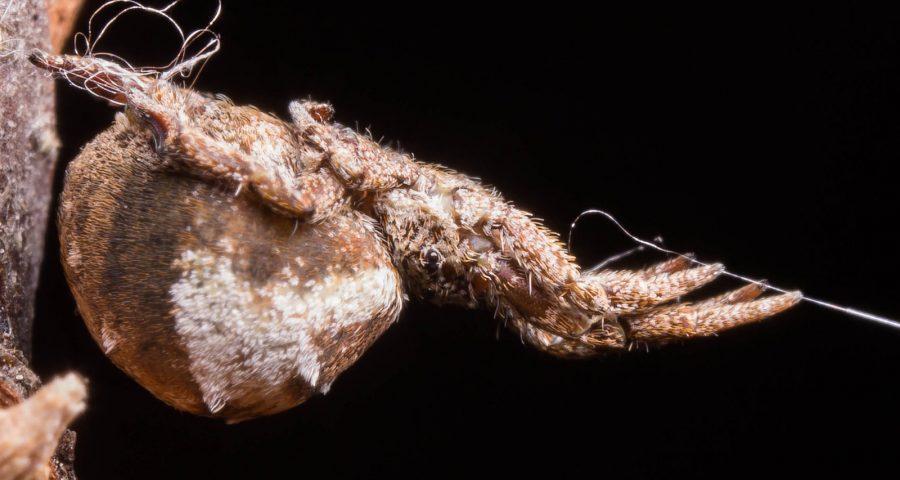 Here’s the most exciting new thing on the inter-web – Extreme Spider Sports!

This is Sandra Tsing Loh with the Loh Down on Science,.

Meet the triangle-weaver spider. Most spiders just sit on their web and wait. But the triangle-weaver sends hers flying! First, the spider stretches out her web, creating tension. When prey lands, she lets go, flinging herself and the web like a slingshot towards the prey! That’s a talented spider!

Sarah Han from the University of Akron suspected there was more than meets the eye. So she built a triangle-weaver sanctuary filled with tantalizing flies. Then she analyzed how fast the spiders moved when they captured prey.

Results? These spiders accelerate faster than a space shuttle! But — the numbers weren’t quite adding up. Even twenty spiders together can’t create that much fire power!

Turns out that the triangle-weaver uses the web as a power boosting TOOL. Amazing!

The triangle-weaver is the first animal known to use such tool! Aside from humans, that is.

Who wants to try a spider silk slingshot? Could be the next big thing in bungee jumping!