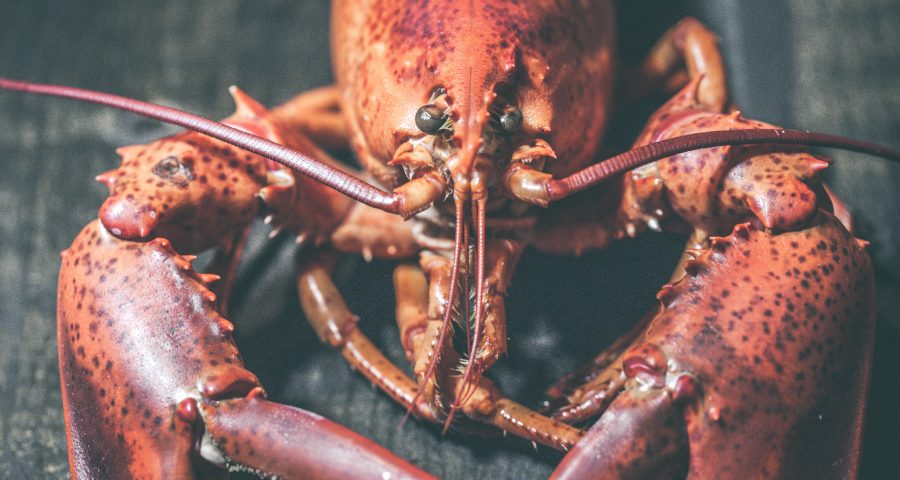 Could your knight in shining armor be…a lobster?

This is Sandra Tsing Loh with The Loh Down on Science, saying…love this spiny shellfish? Well, chew on this!

Ming Guo was doing just that one evening. Over dinner, he noticed that the film on the belly of his lobster was super hard to chew. Why so tough?

So he and his team from MIT and Harvard investigated this intriguing material. Initial tests revealed that the film is extremely elastic and as tough as a car tire! Where does this super-strength come from?

To find out, the scientists peeked inside the material with an electron microscope. It magnified the image by a thousand times!

The belly film is structured like plywood – in thousands of layers of carefully arranged fibers. This arrangement makes the material super-tough and helps prevent damage from cuts and tears. Lucky lobster! You need a good set of armor when you’re crawling around on the sea floor!

Guo and his team think the lobster belly could inspire a new generation of body armor.

They can take the lobster’s belly film. Just save me the rest for my lobster roll! Yum!