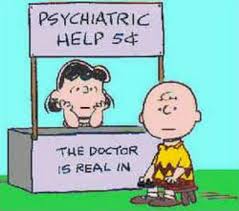 Think you need a professional to tell if you’re depressed? Maybe your cell phone can help!

A new study shows that data from smart phones – such as minutes used and caller location – can be used to identify people with depression.

Research already shows that depressed people are on their phones about four times longer than non-depressed people. Not necessarily talking, more likely playing distracting games. Depressed people also spend more time at home, or in fewer locations during the day.

Scientists at Northwestern University gave a depression questionnaire to twenty-eight adults. Then, they monitored the peoples’ phone patterns over a two-week period. They developed an algorithm using information from the phones’ GPS tracking and usage data. Based only on these two indicators, the algorithm identified depression in these subjects with eighty-seven percent accuracy!

The Northwestern team’s hope? That monitoring people at risk for depression, through their phones, will alert health-care workers to intervene sooner.

So if you someday need a Gestalt therapist, there might just be an app for that.