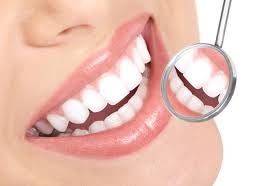 Think you look bad in selfies? Blame your camera!

Beauty is a big business. All day, pictures of beautiful people claim certain products will make you beautiful, too. But researchers at Iran’s Islamic Azad University wondered: Can cameras play a role in beauty? So they snapped the same pictures with different cameras. And asked experts to judge the prettiest.

The team used three digital cameras. One was full frame, which means it has a bigger sensor and can take in more light. The other cameras were cheaper, with smaller sensors. They were cropped or compact frame. Then, the team asked twenty women to smile and say cheese. They took pictures of just their mouths. With each camera. That’s sixty smiles! And who were their expert smile judges? Dentists, of course!

On average, pics from the full frame camera scored the highest. Which means beauty depended more on the camera than the woman. Isn’t that refreshing?

Four out of five dentists agree! And don’t forget to floss!