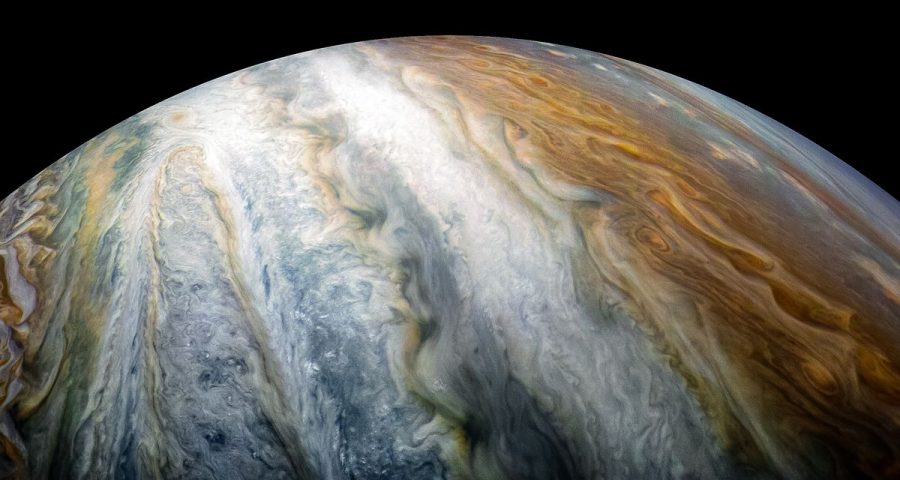 Five hundred leagues under the WIND?

Jupiter – it’s one stylish planet! Its red, gold, and orange stripes – formed by violent winds and weather – give it an unmistakable look. For years, scientists have wondered how deep the winds blow. Are they only superficial? Or is the planet stormy to the core?

Jupiter may be composed of gas, but that doesn’t mean you can fly through it! A spacecraft would be RIPPED APART by the strong winds and CRUSHED by high pressures. So we can’t explore its windy depths directly.

Yohai Kaspi at the Weizmann [WYEZ-man] Institute of Science has found a way into this mystery. How? By studying Juno, the spacecraft which has been orbiting Jupiter since twenty-sixteen.

The planet’s stormy weather causes UNEVEN GRAVITY on Jupiter – which in turn causes Juno to bob like an apple in water. Kaspi measured the tug that Juno feels. He discovered that Jupiter’s winds are THREE THOUSAND kilometers high! That’s as wide as the radius of the Earth!

Maybe this is where Captain Nemo is hiding out!