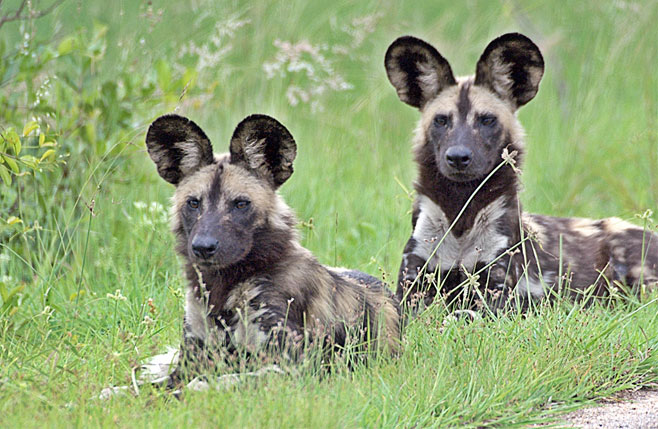 It’s election season – time to get out the…sneeze?

For we humans, elections mean it’s time to go to the polls. But how do wild pack animals make their vote known?

Ask Reena Walker from Brown University and colleagues. They followed five packs of African wild dogs in Botswana for one year. They tracked the dogs using radio collars and observed their behaviors.

The dogs held rallies to make group decisions. The “meeting” begins with a dog standing up with an open mouth, folded ears, and lowered head. Researchers observed that the packs used sneezes to vote on decisions like moving. The more sneezes that occurred at a meeting, the higher the chance of action!

How did pack dominance affect decision making? Elections started by dominant dogs needed fewer sneezes to pass. But while dominant dog campaigns started out stronger, they could still be out-sneezed by the pack!

Learning more about doggy decision-making could help us understand how social behaviors developed.

And when it comes to pack politics – every sneeze counts!!