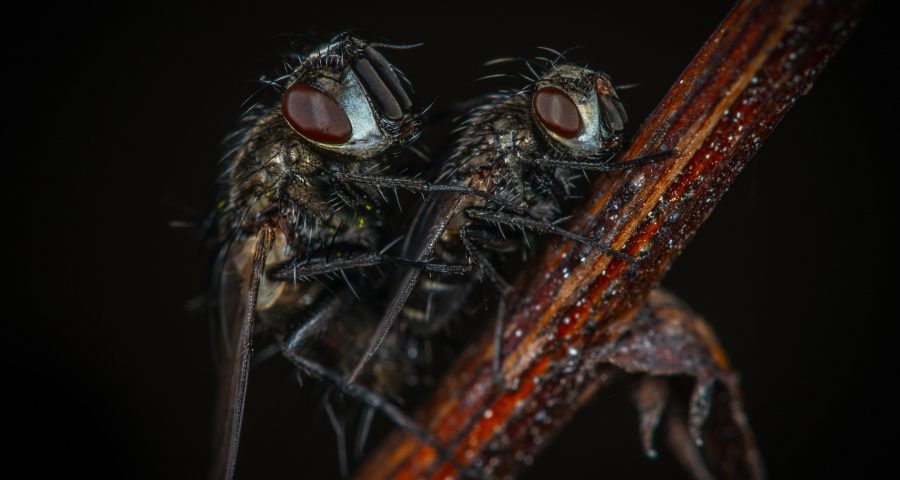 Hey – isn’t it YOUR turn to take out the trash?

This is Sandra Tsing Loh with the Loh Down on Science, saying… more trash, more flies!

And they can host a fungus called Entomophthora Muscae. Which has a sweet trick for turning its hosts into stealth killers! HOW?

Andreas Naundrup and team at the University of Copenhagen investigated.

They trapped healthy male flies with two dead females each. One of the females was infected with the fungus, the other was not. Then they recorded the male’s mating attempts and time he spent near the females.

Results? Male flies were equally attracted to both infected and NON-infected females. However, when the infected corpses entered the late stage of the fungal infection the male flies became MUCH more likely to mate in general. GROSS!

In this stage, infected flies release chemical compounds live ones find irresistible. That way, the fungi tricks healthy males into mating with disease-carrying hosts. Talk about a destructive relationship!

This is the first study of a pathogen that manipulates both dead hosts AND healthy individuals!

Thank goodness there isn’t one of these fungus among US!