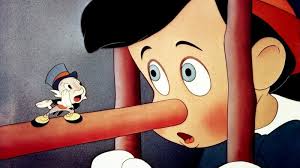 To tell the truth…telling the truth can be difficult!

Honesty IS the best policy. But it can be tough, especially for little ones. Are there any tricks to keeping their hands out of the cookie jar?

Ninety-nine children aged three to five volunteered to help find out! They were tasked with identifying toys based on their sounds. Was that the quack of a duck, or the “vroom-vroom” of a car? Their backs were turned so they couldn’t see, making it tempting to peek.

Before leaving the room, the researcher asked the kids not to peek in three different ways. Some kids were simply told not to peek. Others were asked for an affirmative, and responded with “okay” or a nod. The last group had to say the words “I will not turn around and peek at the toy”.

Did the kids keep their word?

Mostly, yes! The kids who repeated the phrase were least likely to peek. If they did, they typically held out for longer than the other tots.