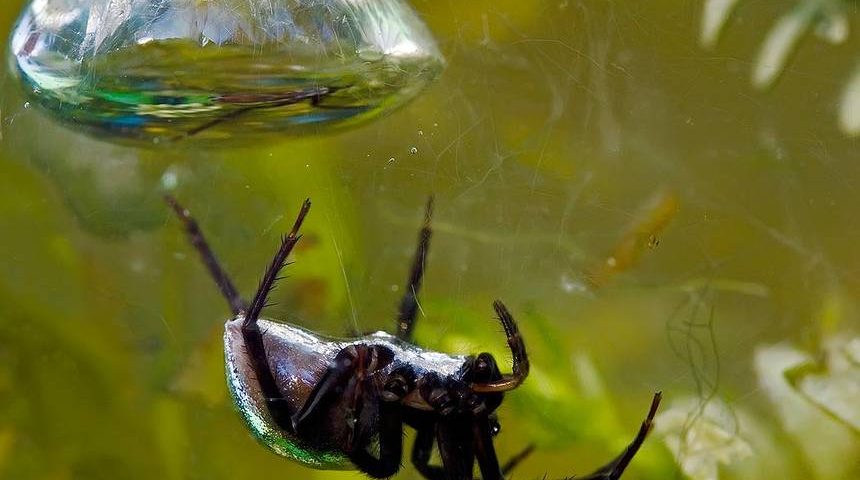 Loose lips sink ships, but can spiders save them?

Oh, the clever Diving Bell Spiders! These creatures drag bell-shaped webs underwater – trapping an air bubble. They use the trapped air to breathe underwater, where they live!

That gave Chunlei Guo and his team at the University of Rochester an idea. Could this be a clue to keeping damaged ships afloat?

Guo’s team studied the spiders’ web, which has a water repellent coating. They used this coating to make a film for metal plates.

Then they sandwiched the two coated metal plates together to make a hollow sheet. When placed underwater, the plates trap a layer of air between them, like an Oreo! The coating keeps water out, maintaining the air layer when held underwater for months!  Even if punctured, the Oreo plate stays watertight. The coated metal sheet floats like a piece of cork!

This coating found in spiderwebs could lead to unsinkable ships, and much more.

Well, I’m still thinking about those Oreos. Floating in a glass of milk? Sounds delicious!