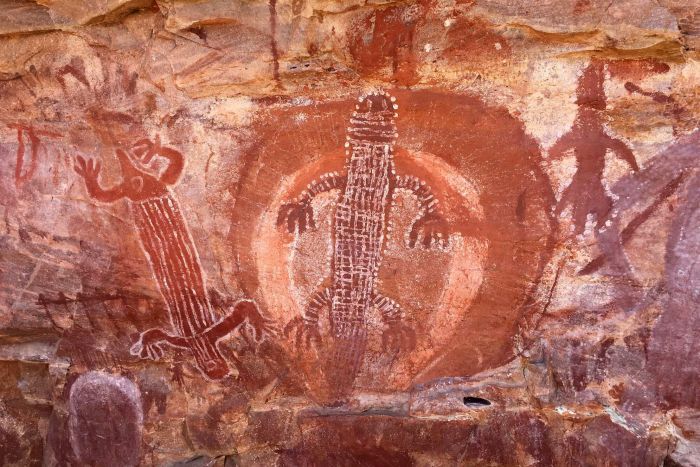 The timeless beauty of classical art! The Greeks, the Romans….the WASPS??!!

Wasps…the scourge of picnics everywhere. It’s never a good day when you spot a wasp nest. Or is it?

For Helen Green at the University of Melbourne it’s a great day! She and her team study ancient rock paintings in western Australia. Usually, art historians can date paintings by the decay patterns of carbon atoms in the paint. However, ancient people used rust as paint — no carbon there! How to guess their age? Wasps to the rescue!

Chemical analysis revealed that ancient wasps made their mud nests with charcoal. Charcoal is chock-full of carbon! The wasps made nests both above and below the paint of the rock art. The carbon in these fossilized nests revealed that the paintings were over twelve thousand years old!

There are lots more paintings left to study. With the help of ancient wasps, researchers could catalog millennia of human history!

Thank goodness wasps have found a home in the arts.