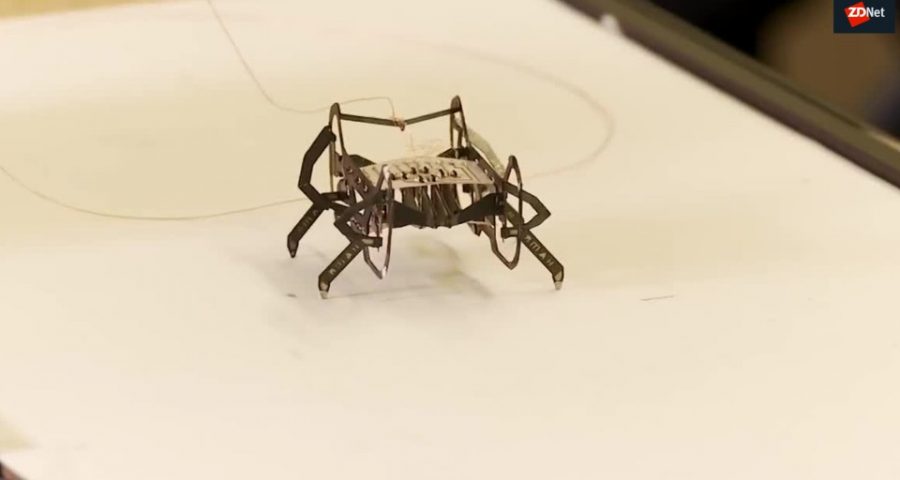 Can you teach a robot to swim?

Aquatic robots? That’s crazy talk! This is because heavy machinery and electrical components reduce a robot’s agility in water.

Enter Robert Wood from Harvard’s Microrobotics Laboratory. He created an AMPHIBIOUS robot — it can swim, float, and move between land and water. It’s known as the Harvard Ambulatory Microrobot – H-A-M-R (HAMMER) for short.

HAMR mimics the joints of water crawling insects, allowing for more dynamic movements. This helps it walk on top of water or dive deep for an underwater stroll! Scientists hope to use HAMR to explore places inaccessible to larger, land-lubbing robots. We may soon be accessing untrodden undersea worlds! Hello, Spongebob!

Hopefully FLYING robotic beetles aren’t next! We have enough bugs crawling on land!