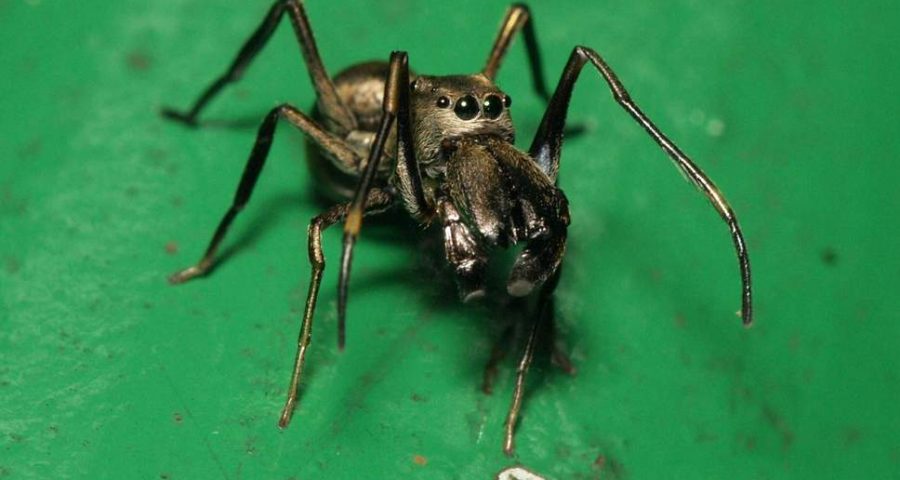 The itsy-bitsy spider… grew bigger in its cozy nest!

Dogs, cows and humans all nurse their young. But ever wonder how SPIDERS nourish their babies? YIKES!

Zhanqi Chen from the Chinese Academy of Sciences investigated a species of jumping spiders. This team was intrigued by the shocking speed at which baby spiders grew. What’s Mama Spider feeding them?

Under the microscope, the team lightly poked the mother’s abdomen and noticed release of white fluid. Could this be nutritious spider milk for her children? The researchers then observed the mama spider depositing milk on the nest, which the little ones slurped. They also tested what happened when the milk was physically blocked, using White Out.

Without milk, the baby spiders died after about 10 days. Otherwise, the spider young nurse until almost half their full size!

How does spider milk compare to cow’s milk? It has less sugar, less fat, and FOUR TIMES as much protein!

Spider milk MIGHT be the next health fad…but I think I’ll pass!