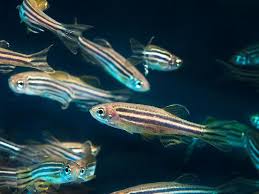 If you can’t stand the heat, get out of the…ocean?!?

We know ocean temperatures change. But exactly how does that affect fish?

Scientists focused their attention on the humble zebrafish to learn more. Groups of embryos were separated into water of different temperatures: cold, neutral, and hot. After hatching, these fish were all raised into maturity at the neutral temperature.

To see which group was the aquatic all-star, the researchers conducted a swim test. How well could each group swim in the different water temperatures?

The results were surprising! Fish embryos raised in hot water became the strongest swimmers in ALL temperatures. A closer look revealed that these fish also had the most adaptable muscle tissues.

So instead of training in cold swimming pools, Olympic athletes should sink into nice warm baths. That’s what I’d do. Ahhhhh!