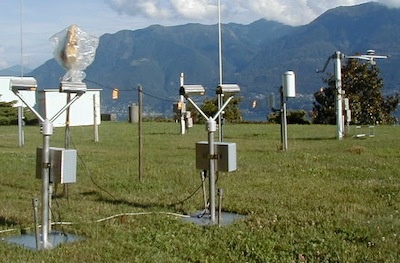 A scientific storm is brewing … about the speed of rain.

According to physics, everything that falls has a terminal velocity. Apples, rain, people. Terminal velocity is a steady speed, where gravity and air resistance balance out. For people, it’s about 120 miles per hour.

For rain, it ranges up to 20 miles per hour, with bigger drops falling fastest. But recent experiments have suggested that really teeny droplets break the laws of physics by falling too fast. It’s called superterminal velocity!

To study this “illegal” behavior, scientists in South Carolina recently set up specialized cameras in a field. The cameras measured more than 20-million individual drops during rainfalls.

Lo and behold, the drops smaller than one millimeter did fall about 30 percent faster on average than their expected terminal velocity!

Why? No one knows! Maybe we’re calculating terminal velocity wrong for rainfall, say the scientists.

Next scientific mystery: How to open these handy retractable umbrellas. Darn it!