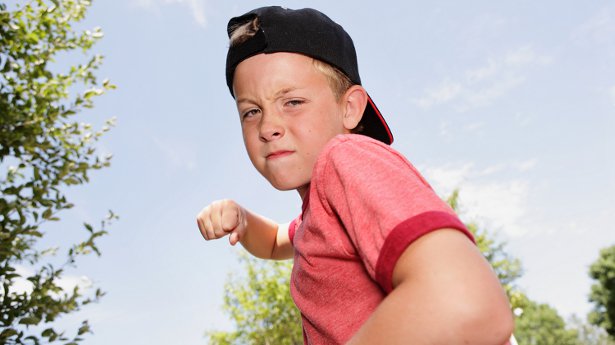 “Gimme your lunch money!” – Remember that from recess?

The Karate Kid versus Johnny the Bully. Can the physically weak win against the incredibly strong?

It’s not just humans. Animals use physical dominance to establish their social rank. Take mice: they push-and-shove to distinguish the strong from the weak. But could they win with effort instead of brute strength?

Tingting Zhou from the Chinese Academy of Sciences, Shanghai, thinks there’s a chance to restructure the totem pole.

Zhou located the part of the mouse brain that programs tenacious behavior. He then stimulated this region with lasers to enhance their persistence and aggression.

Next, Zhou pitted a strong mouse against a physically weak but mentally enhanced opponent. Facing each other in a narrow tube, the two mice butted heads to gain territory. But the tiny, tenacious mouse didn’t give in! He pushed and shoved more often, and eventually the big bully turned tail and ran!.

Huzzah! Hard work – and believing in yourself — can pay off more than beefy muscles.