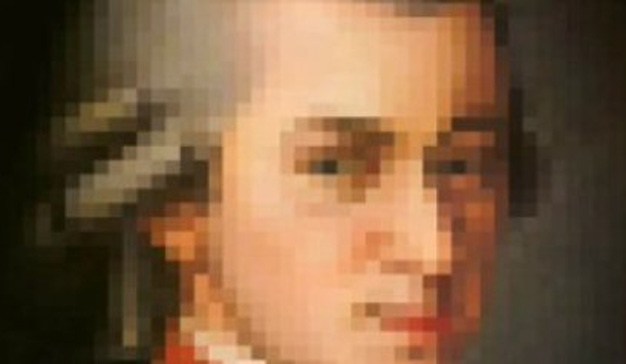 This is Sandra Tsing Loh with the Loh Down on Science, saying…computers, that’s who!

Artificial Intelligences aren’t just fighting for our attention with Facebook ads, now they’re battling each other! It’s Cops versus Counterfeiters.

Christian Ledig and colleagues at Twitter are using this game to enhance image resolution. Think of investigators on CSI, always “zooming and enhancing” to make out the killer’s face… Well that’s not possible …yet. A workaround has been found by using competing artificial intelligences, or A-I’s.

The researchers start with two sets of the same pictures, full size and small. They train the counterfeiter A-I to take small pictures and make them full size. Meanwhile, the cop A-I looks at full sized and enhanced images and spots the fakes.

The cop sends the fakes back to the counterfeiter, forcing it to step up with a better fake. Next round, the cop gets better at distinguishing real pictures from fakes. They play this game until the forger learns to realistically enhance pictures!

Hmmm, I wonder what computers will learn from other games, maybe… kick the can?