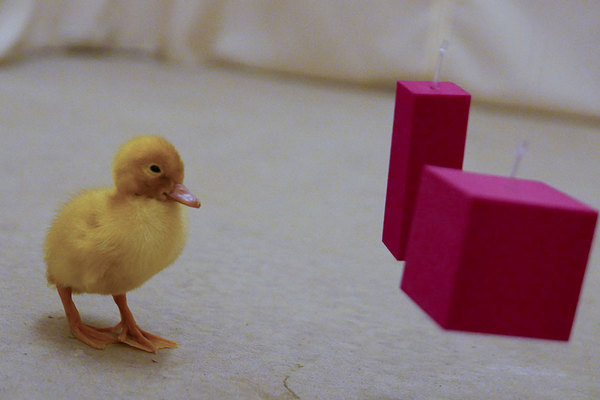 Animals like dogs and monkeys can also think conceptually. But only after being trained. Are any animals able to do this on their own?

Antone Martinho and Alex Kacelnik at the University of Oxford decided to find out.

Their test subject? Baby ducks! When ducklings hatch, they imprint. Meaning they learn to follow the first object they see.

The scientists wondered: does imprinting use conceptual thinking? They exposed newly hatched ducklings to a pair of objects. The objects were either identical OR different in one characteristic, shape or color.

Abstract thinking? Ha! Easy. Like water off a duck’s back.