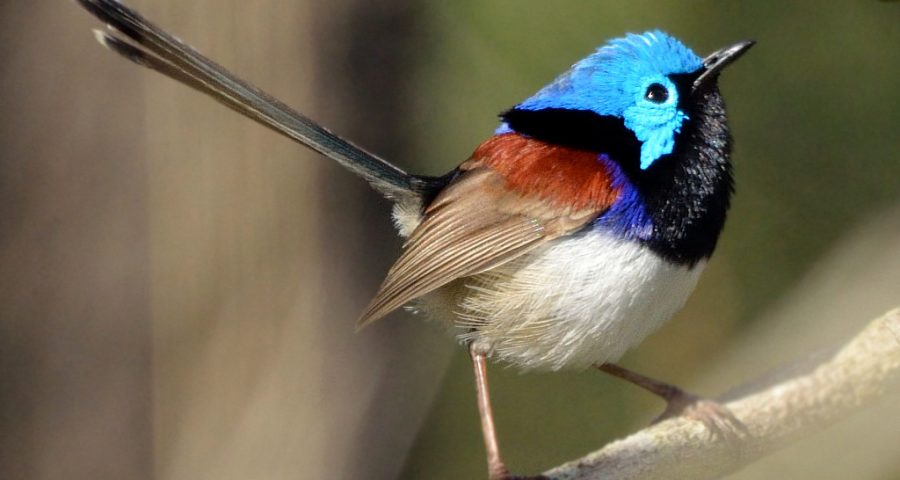 Birds of a feather flock together. Or do they?

Bird fights happen, especially with nests nearby. At best, birds of different species ignore each other. But is that the only way to achieve avian world peace?

Meet Allison Johnson at the University of Nebraska-Lincoln. She studied two species of fairy-wren. These colorful little songbirds – the Splendid Fairy-Wren and the Variegated Fairy-Wren – have a similar size, diet, and habitat. You would think they’d compete for everything!

But Johnson saw the contrary. Recordings from a splendid fairy-wren drew the attention of a nearby variegated fairy-wren. It showed up to see what was upsetting its Splendid neighbor. Where do these birds draw the line between friend and foe?

It turns out, fairy-wren gangs are not at all blood-based. They’re turf-based!

Individuals form partnerships with neighbors and learn each other’s songs. They react aggressively to songs from outsiders–even their own kind!

Recognizing and cooperating with those from another species is a first in the bird world. Maybe there are more bird alliances waiting to be discovered.

After all, blood is not thicker than feathers!