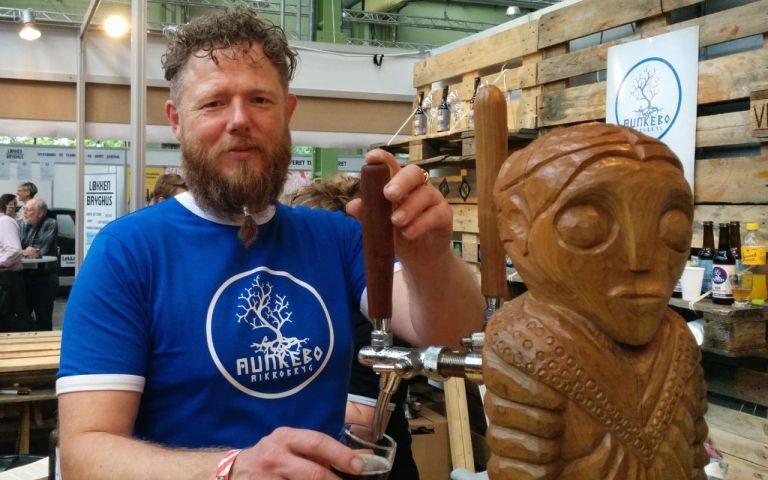 Bees can sting, but can they make you…tipsy?

Brewing beer is an age-old tradition, and it’s all thanks to YEAST. There are nearly two thousand kinds of yeast on Earth. But only two types are used to brew beer: ale yeast and lager yeast.

These traditional yeasts have been cultivated for centuries. In that time, they’ve lost most of their exotic traits. So where can we find new, funky flavors?

From bees! Researchers at North Carolina State University have been going WILD in search of new yeast. Turns out that some yeast live inside flowers, feeding on the sugary nectar. In order to survive during cold months, the yeast piggyback on the flowers’ pollinators. The bees!

So the team of researchers intercepted bees, plucking the yeast off their backs. Sure enough, this wild yeast was able to process maltose, the sugar necessary to brew beer!

So next time you’re grabbing some brew, make a bee-line for some bumblebeer. If not the bee’s knees, it’s the bee’s yeast!