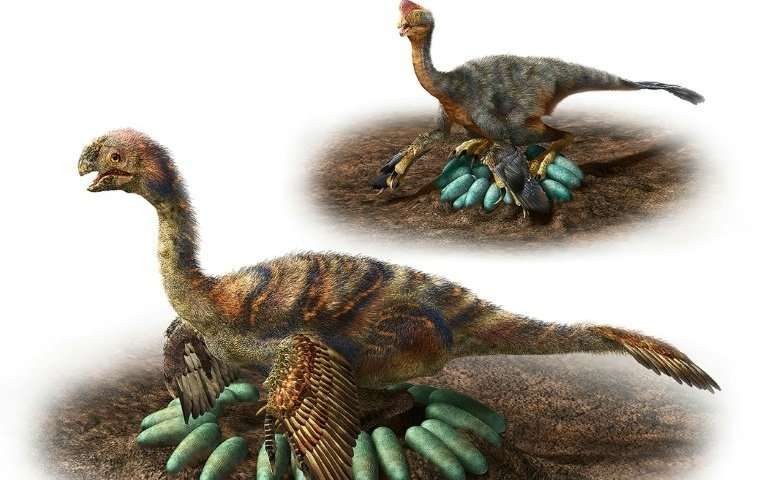 Most birds incubate their eggs by sitting on them. But how did big, heavy dinosaurs warm their eggs without smashing them? This question captured the attention of Kohei Tanaka. He studies Oviraptorosaur fossils.

Parent Oviraptorosaurs weighed anywhere from four hundred pounds to two tons. They laid eggs in circular configurations called clutches, with an empty center like a donut. Clutch diameters vary for different species, but scientist weren’t sure why.

Tanaka gave a crack at the question by measuring two hundred fossilized Oviraptorosaur nests. He compared egg size and eggshell thickness among nests of different sizes.

Why is this a good thing? The big dinos made nests with LARGER donut hole areas. Then they sat in the middle, instead of on top — keeping their eggs warm, protected, and intact!

Egg- straordinary findings, if you ask me!