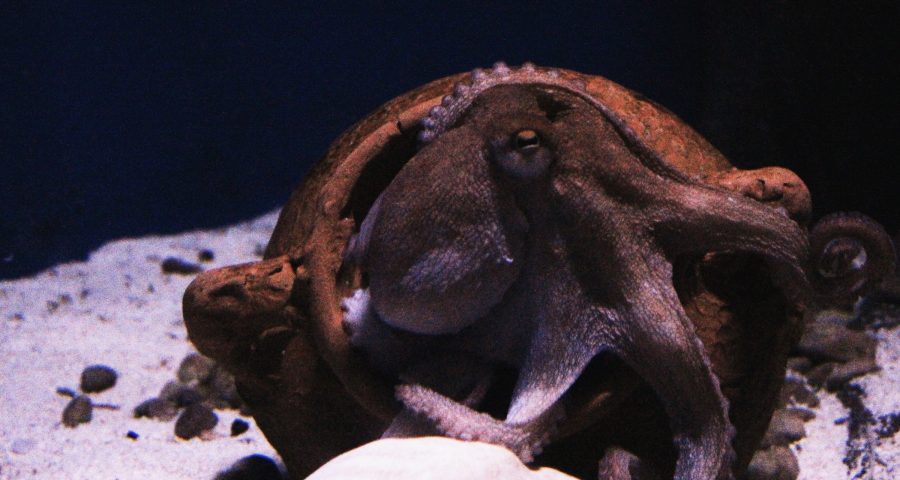 Why did the octopus punch the fish?

Remember those school yard bullies from grade school? They’d just push people over and start punching! But imagine if these kids had EIGHT FISTS!

Eduardo Sampaio from University of Lisbon, Portugal, and his international team study underwater creatures. They tracked down some friendly octopuses who hunt with fish pals near Egypt and Israel. Leg count doesn’t matter in this friendship! The researchers observed their hunting rituals, and. . .

Woah! They caught the octopuses throwing punches at their pals! And snatching their food! Why so mean? Sampaio and team believe the octopuses are USING the fish. They let the fish do all the work to corner the food, only to shove them out of the way when it’s time to eat!

Are the octopuses just greedy? Not quite! The researchers also saw them punching fish for NO REASON. Further investigation is needed to understand these mysterious beatings.

So…nobody knows why the octopus punched the fish. But it wasn’t because they were suckers! (Get it?)