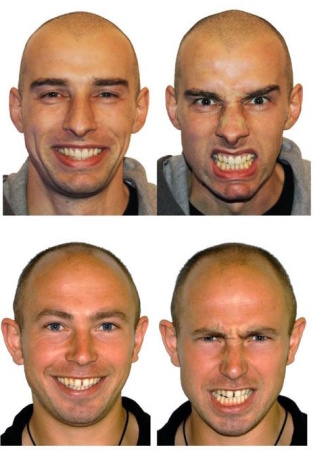 The two species do seem to have something unusual in common: The ability to read people’s faces!

So say animal researchers at the University of Sussex. These folks have previously identified seventeen different facial expressions in horses.
Now the team reports that horses can tell angry faces from happy ones, in people. They showed twenty-eight horses pictures of two men. In one photo set, each man was smiling. In the other phone set, each man looked angry.

When horses viewed the angry faces, their heart rates increased fast. They looked longer, and tended to use their left eye. Similar behavior has been documented in dogs, and is related to assessing threats.

But in viewing the happy faces, the horses’ heart rates didn’t increase as fast. And they didn’t favor their left eye. They were calmer.

Now, if a horse can bring me my slippers and the paper? I’ll happily call it woman’s best friend!