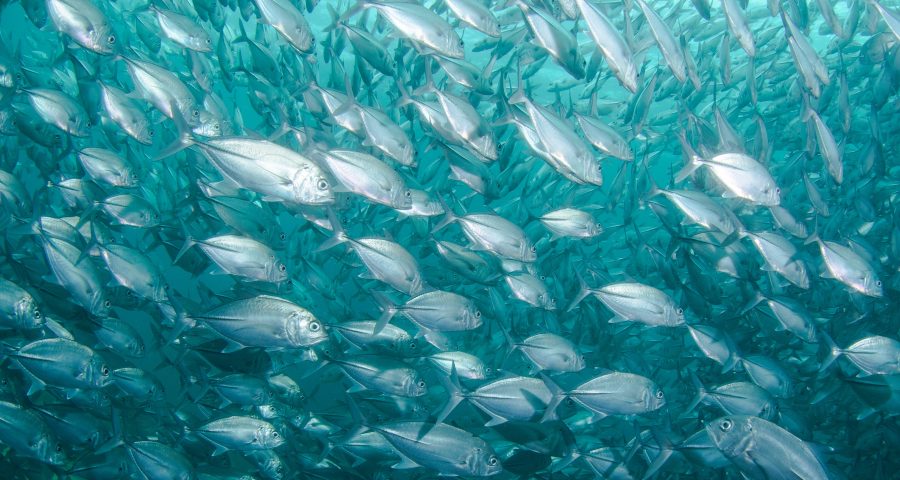 Picture a school of fish, all moving in perfect harmony. They all know exactly where to go, right? Wrong!

Richard Morris from the University of New South Wales found some fun facts about fish. For years, scientists believed fish school by following their neighbors, predicting where the group would go. To test this theory, Morris and his team watched fish in a barrel. No, really! They set up cameras to track the movement of aquarium fish in a shallow pool.

But why are scientists so interested in schools of fish? Well, the randomness that fish follow is similar to how many subatomic particles move. So, fish funny business may help physicists, too!

So, in short… Stay in school, sardines!