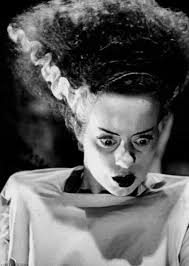 ANOTHER gray hair? Oh no! Break out the Lady Grecian Formula!

This is Sandra Tsing Loh with the Loh Down on Science, on going gray!

Oh, those silvery locks, at too young an age – is stress to blame?

Melissa Harris from the University of Alabama, Birmingham studied how stress influences hair growth. How? With mice! Her team investigated the mouse immune system when stressed and sick.

When the mice’s immune systems are under attack, they produce molecules called interferons. These interferons call upon other cells in the immune system to defend their body. Like an army commander!

But if left unchecked, interferons also destroy melanocyte cells. These are the cells responsible for making us blonds, brunettes, or redheads. When these cells died, so did the mice’s hair color!

This study may indicate why some people’s hair turns gray in response to serious illness or a stressful situation.

Talk about fifty shades of gray! The sequel — or should I say “squeak-quel”? …coming soon!