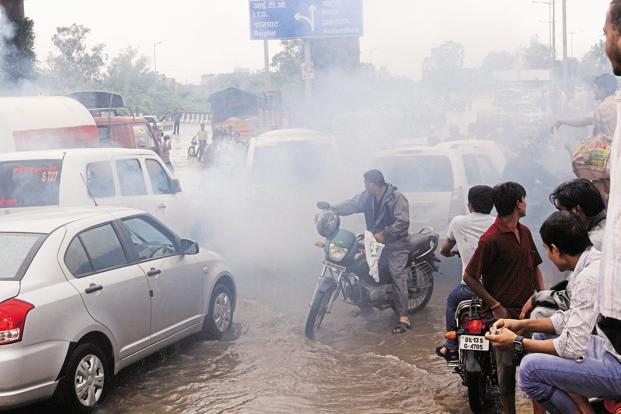 Dirty, polluted air can damage our health. From heart disease to cancer, those tiny particles cause big problems! Scientists wondered if air pollution could even cause… diabetes?

Ziyad Al-Aly at the Washington University in Saint Louis tracked the health histories of almost two million people on a database of veterans. The subjects had no history of diabetes. Over eight years, some developed the disease while others did not.

Who was unlucky? Those living in cities with high air pollution rates.

Next Al-Aly turned his attention globally. His team used worldwide databases and statistics to estimate cases of diabetes caused by pollution. Results? In twenty sixteen, a whopping three million people may have developed diabetes from poor air quality! This is a problem for developing countries that are building new factories and industrializing at high speed!

Even air-quality standards in the U.S. may not be strict enough. The E-P-A sets limits on how bad air quality can get. But those limits are SIX TIMES higher than what this study says are safe!

So, just wondering…could I STILL eat that jelly donut – if I do it through a gas mask..?