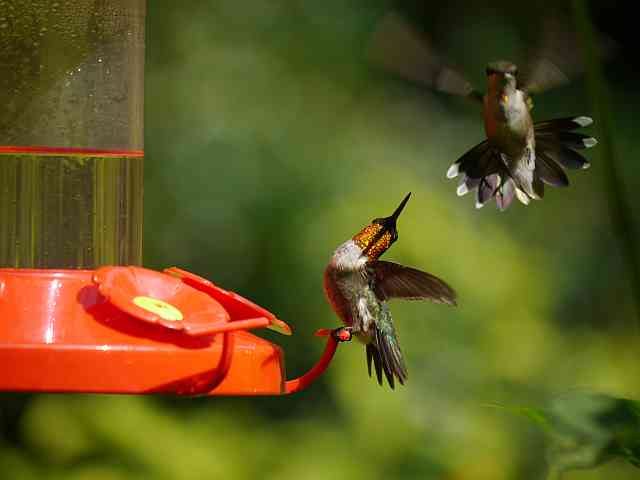 Hummingbirds are darling! But it’s a bird-eat-bird world –sometimes they have to fight to survive!

At University of California, Berkeley, Alejandro Rico-Guevara studies the evolution of hummingbirds. He wondered: What can hummingbird bills teach us about the way they live?

A high-speed camera was used to get a good picture of these birds in action. Flying! Feeding! And yes – fighting!

What did the researchers learn? The male have “weaponized” bills for fighting one another. Weirdly, these bills actually prevent them from feeding as well as females do!

This is a radical departure from the way that other animals have evolved. Most other animals, like dogs, can both fight AND feed well with their teeth. But for male hummingbirds, there is a trade-off between feeding and fighting!

Researchers believe that such studies help reveal the driving forces of evolution.

Let’s just be glad those adorable little fellows aren’t out for our blood! Huh-huhhh.