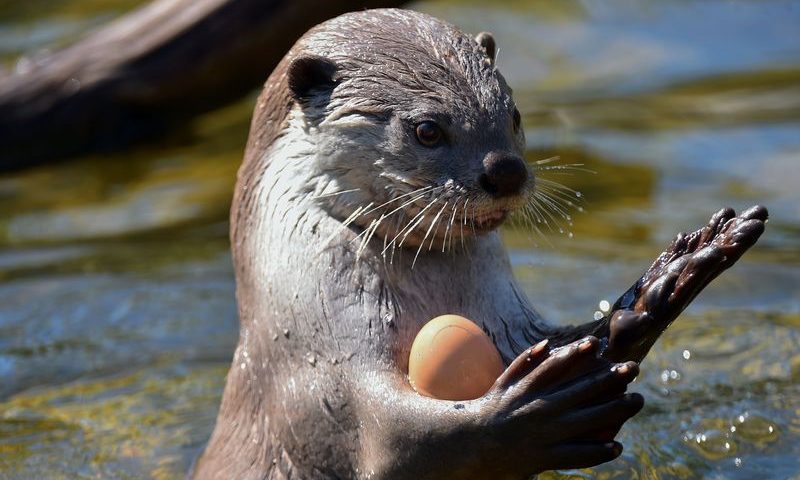 What has four paws and juggles?

This is Sandra Tsing Loh with the Loh Down on Science saying….

Otters! These furry creatures juggle rocks like they’re auditioning for the circus. But, what motivates this OTTERLY adorable behavior?

Mari-Lisa Allison and colleagues from the University of Exeter wondered! Otters are the only sea mammals that catch prey with their paws, not their teeth. Could juggling improve nimble-finger skills for hunting?

The team compared the juggling tendencies of fifty captive otters with distinct hunting habits. Smooth-coat otters catch fish. Small-clawed otters PRY open crab shells. The researchers tested how quickly BOTH species could extract food hidden in unique objects. Such as? Inside a cracked tennis ball or between oversized Lego blocks.

Results? Rock-juggling habits DON’T appear to make for better hunters. Smooth-coat otters juggle less often – but they solve food puzzles just as fast as the other otters! The researchers noticed both groups juggle more when hungry. Perhaps it helps them pass the time.

I mean, we humans get HANGRY… so, who are we to throw stones?