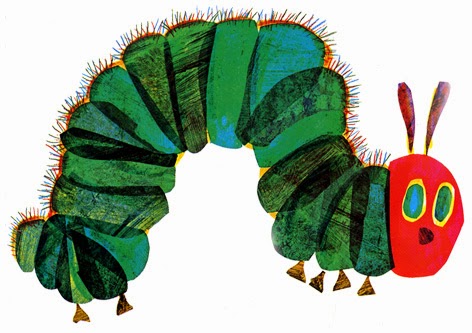 Caterpillars love to snack on plants. Poor plants! Since they can’t move, they have few options for self-defense. But one clever plant might a few tricks up its sleeve!

John Orrock and colleagues at the University of Wisconsin, Madison investigated the tomato plant’s unique method of self-defense. Turns out that when these plants are threatened, they ooze out a chemical, known as methyl jasmonate.

Orrock sprayed tomato plants with varying amounts of this chemical. Then caterpillars were set loose to munch away on their favorite greens. The plants with LESS methyl jasmonate were almost entirely gobbled up. But plants with MORE of it? Mostly left untasted!!

But what did these Very Hungry Caterpillars end up feeding on instead? EACH OTHER! Methyl jasmonate turned these predatory insects into cater-cannibals! And the more chemical, the sooner the caterpillars turned on their friends.

So those majestic butterflies may not be as innocent as they seem. But hey, no one said survival of the fittest would be pretty!