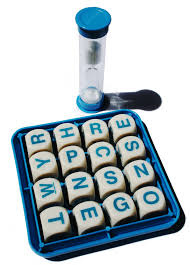 How many four-letter words do you know?

Let’s take “drat.” Rearrange the letters, and you can also make dart, and that’s about it. My point? There’s a limit to how many words you can make with those four letters.

The same is true of proteins. See, our genetic code, or DNA, is made up of only four chemical “letters” called bases. With these four bases, you can “spell” about twenty different amino acids—the building blocks of proteins. So there’s a limit to how many proteins you can build.

So say synthetic biologists at the Scripps Research Institute.

They’ve created two artificial chemical bases. Which has been done before. But the Scripps team has gotten bacteria to copy them, just like real DNA bases!

In short, they’re on the way to making franken-proteins! What the—? The mind boggles! Get it, Boggle?