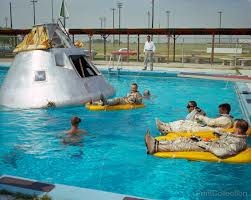 Feeling a bit DIM on the job?

There’s a lot that goes into making a productive working environment. The decorations, layout, and AMBIENCE! But what about LIGHTING?

Enter neuroscientist Joel Soler from Michigan State University. He split rats into two groups. One group lived under bright light for a month. The other group lived under dim light, similar to a cloudy day or typical indoor lighting.

His findings? The rats under dim light LOST about thirty percent capacity of their hippocampus! That’s the brain area where we learn and store memory. The rats also performed poorly on tasks that they previously did well on.

What’s more interesting? When those rats were given a bright light treatment, their brain performance returned to normal! Why?

Soler believes that extended exposure to low light reduces brain activities in the hippocampus. Think of your neurons as connected telephone lines. With less signals available, it’s harder for neurons to talk to each other. This causes poor learning and poor memory performance.

So: take more breaks under the sun! Tell your boss it’s a BRIGHT idea!