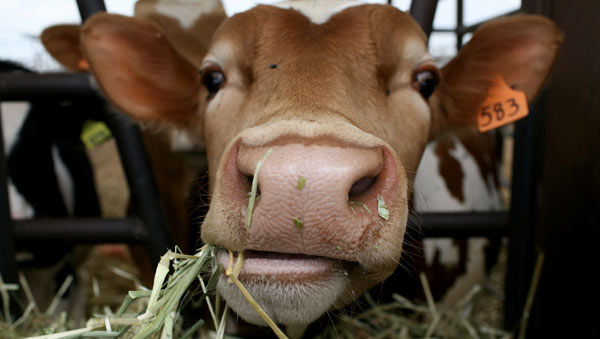 Scientists are fighting climate change, one burp at a time!

The target? Methane. This gas is much more effective than others at trapping heat in the atmosphere. One source of methane is cows. Cow’s stomachs contain microorganisms that ferment plant matter. One type of bug produces methane in this process. Cows release methane into the atmosphere by belching. In fact, cows and other livestock contribute to twenty percent of global methane emissions!

Recently, Evert Ruin and collaborators extended these findings. They showed that three N O P shuts down the enzyme responsible for methane production.
In both studies, the scientists added three N O P in cow feed. Result? Three N O P reduced emissions from cows by thirty percent! AND the cows were not harmed by it!

One win against climate change! An udder bonus? Well-mannered cows.