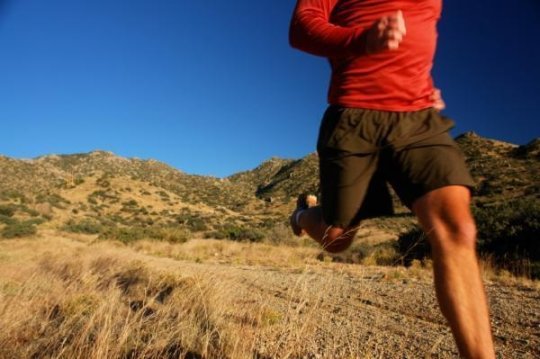 Which is more powerful? Nature or nurture?

This is Sandra Tsing Loh with the Loh Down on Science, saying – what about “mind control?”

Some aspects of our physiology and personality are encoded by our genes. And we know that environmental factors are also important.

Bradley Turnwald and colleagues at Stanford University wondered if our MINDS could also play a part. They tested their theory by scanning study participants for a specific gene that influences their capacity for exercise. One gene variant makes a person tire easily. Another form correlates to high endurance. The subjects also ran on a treadmill before and after the genetic test.

But, instead of revealing their ACTUAL test results, researchers RANDOMLY assigned presence of the different genes to the participants. Results?

Those told they had the tire-easily gene did WORSE on the second treadmill test. Even if they actually carried the high-endurance gene! And those believing they had the HIGH-endurance gene improved, despite having the other gene.

So, it’s not just plain nature or nurture, but also our own BELIEF which affects our bodies!

Here’s to thinking I’m the next Serena Williams!