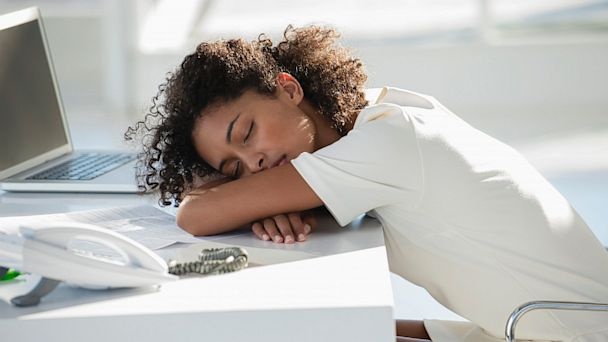 In after-lunch meetings, when people drone on and you doze off, don’t blame bad Powerpoints. Blame food coma!

This is Sandra Tsing Loh with the Loh Down on Science, and on food coma—the unbearable sleepiness that sets in about a half an hour after you’ve finished a big meal.

According to Dennis Burdakov and colleages at the University of Manchester, the cause is glucose. That’s the sugar that surges into the bloodstream as your jumbo teriyaki wrap digests.

When we’re hungry, we have low levels of glucose in our bloodstream and brain. It’s hard to sleep because we’re on the lookout for food.Alert! On the prowl!

After we’ve eaten, glucose levels are high, and we don’t need energy for hunting. The brain winds down. Why? Tiny proteins in the brain called orexins promote wakefulness. Neurons that make orexins have pores in their surface. Glucose uses these to send in a signal to shut down production.

Not that those endless afternoon Powerpoints can’t be improved. Please, people, please!