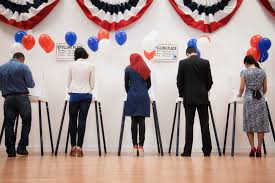 Politics stink! But could your nose give away your voting history?

It’s easy to determine someone’s politics these days. Just ask them their opinion on, well, anything! But if you had to guess, it pays to be a bit nosey!

Participants from different countries were asked to theoretically rank their levels of disgust at different smells. Think, stinky body odors, or public restroom toilets. They were also asked about their political ideology and the type of leader they preferred.

Results? Those who were most disgusted by foul smells also expressed a desire for more authoritarian leaders. The researchers believe this may tie into an emotional response related to resisting contamination. They suspect those who prefer dictatorships believe they’ll be protected from infectious diseases, radical uprisings, and outsiders.

But that doesn’t mean political views are carved in stone. The researchers think that our beliefs can be updated when we learn more about other groups.

So next time you go to the polls, remember to vote your conscience – and follow your nose!