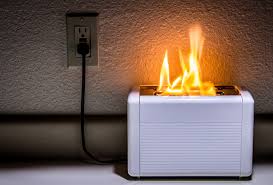 Despite our best intentions, we constantly waste energy. Not because I fell asleep watching Jeopardy, again, but due to heat loss. Phones, computers, cars – almost any device or large machine — all produce A LOT of heat. In fact, nearly seventy percent of the energy produced in the United States is wasted as heat.

Lane Martin at UC Berkeley wants to capitalize on that heat loss. How?

That’s a material that converts heat into electric energy! Changes in temperature cause the material to reorganize the structure of its atoms. This creates a voltage across the material — that can then be used as electricity.

Martin and colleagues have developed a pyroelectric film. When used in devices and machines, it could help reclaim energy that would otherwise be completely wasted. Only a fraction of the energy can be reclaimed – but some is better than none!

Unfortunately, falling asleep to Jeopardy won’t solve the energy crisis. Why not just turn off the TV? Whew, hope there’s an app for that!