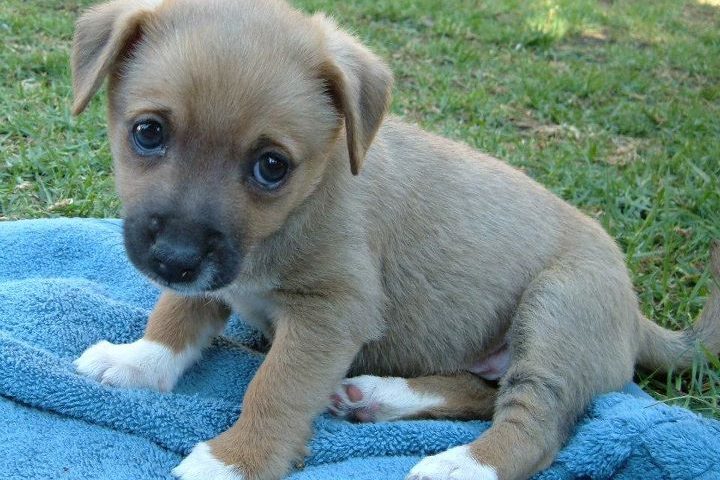 Ever seen an ugly puppy?

This is Sandra Tsing Loh with the Loh Down on Science, saying – no such thing!

They’re ALL cute! And they somehow look the most adorable when they’ve done something bad. It’s all in those pleading puppy dog eyes. Sometimes instead of a scolding, Fido even gets a treat! How do they DO that?

Enter Anne Burrows from Duquesne University and her team. They studied the anatomy of the faces of wolves and dogs, comparing their muscle structures.. They also analyzed how their muscles moved when they were interacting with humans.

They discovered that dogs have a special “puppy-dog eyes” muscle! It lets them raise their inner eyebrow, the way humans do when they’re sad. Wolves can’t do this nearly as well.

Researchers think this human-like expression triggers a nurturing response in us. Burrows and her team believe that this muscle evolved due to selective breeding. As humans bred dogs they thought were cute, puppy-dog eyes prospered!

So next time your dog is looking cute to escape a bath — you’ll know why!